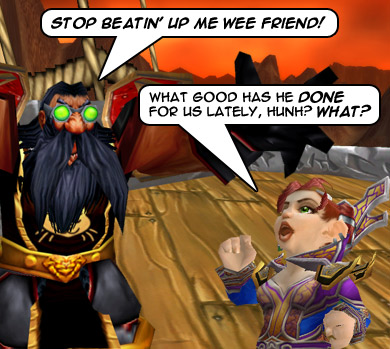 The original comic ran for two years before reaching its explosive conclusion, after which a “drawn” comic was planned to follow it up.

The Scarlet Hootenanny – Part 30 Episode Mounting Difficulties – The team needs to acquire some mounts for the long journey ahead, but some foul secrets from Flintlocke’s past are revealed.